This one-week NHL inspired Top Prospect Camp is unique and exclusive to the top ONTARIO 2009 born players. Selected players will have a similar experience to the U-18 National Teams Development Camps.

Players will “Train Like the Pros” for the entire week at the state of the art Hockey Etcetera facility located just west of Montreal.
(NHL dressing rooms, Players Lounge, Bistro, Two Gyms and more...) 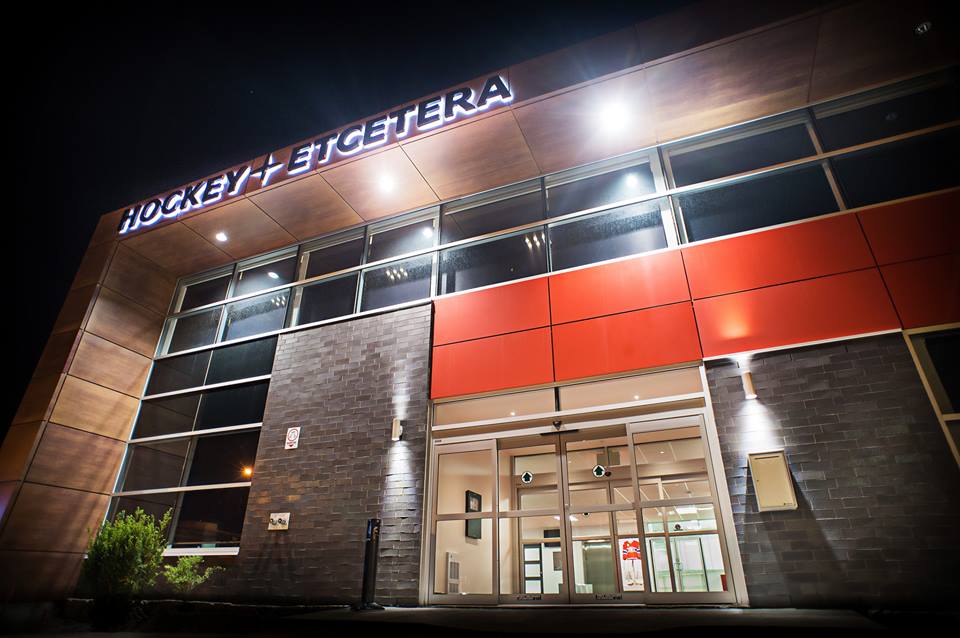 This one-week camp will provide a future generation of 2009 ELITE talent in ONTARIO, the USA NORTHEAST & QUEBEC with:

Top professional on ice trainers from Hockey Etcetera will have players train on the ice like the NHL players they train in the off season. Players will be working on: 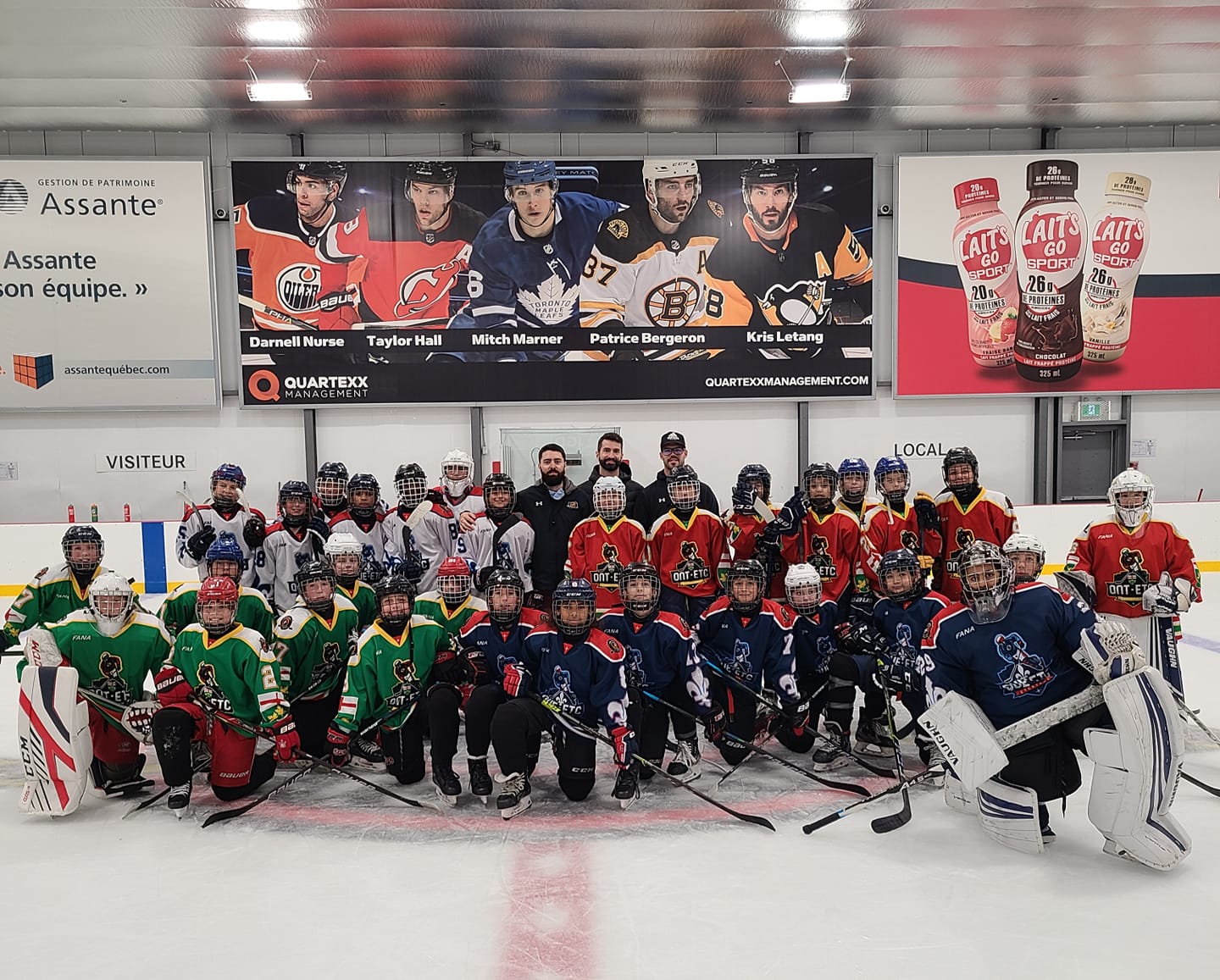 Top professional dry-land trainers from Junxion Performance will provide guidance and all the tools necessary for players to reach their maximum potential off the ice which in turn will provide incredible results on the ice. 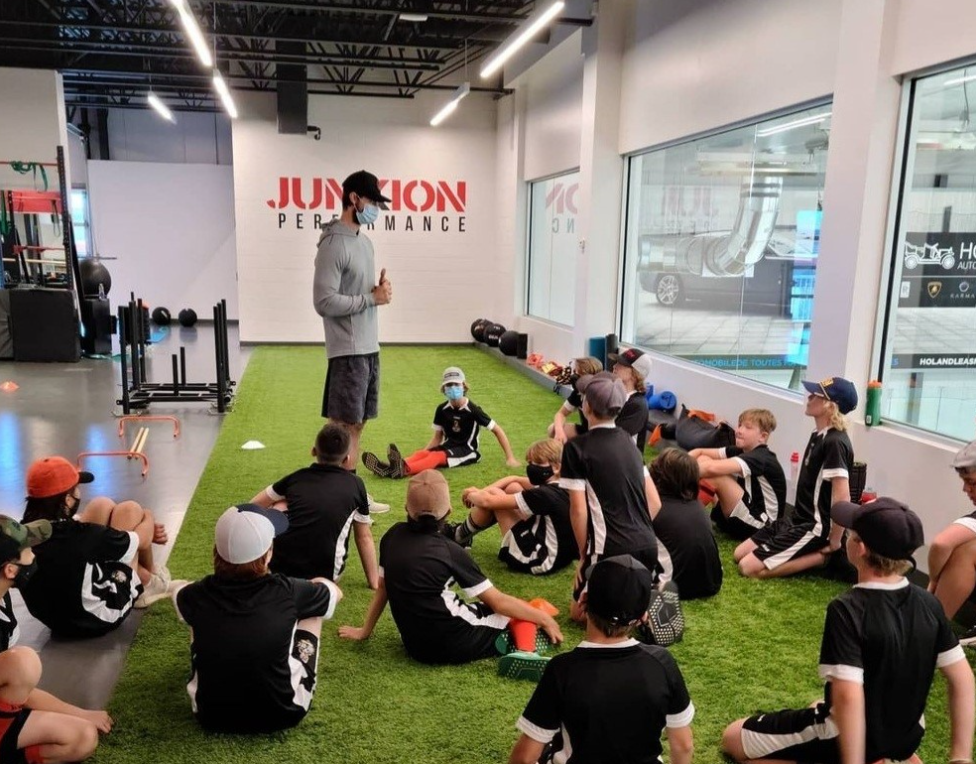 Current and former NHL players, coaches and 1st round picks will share their hockey journey to the NHL with our players everyday. 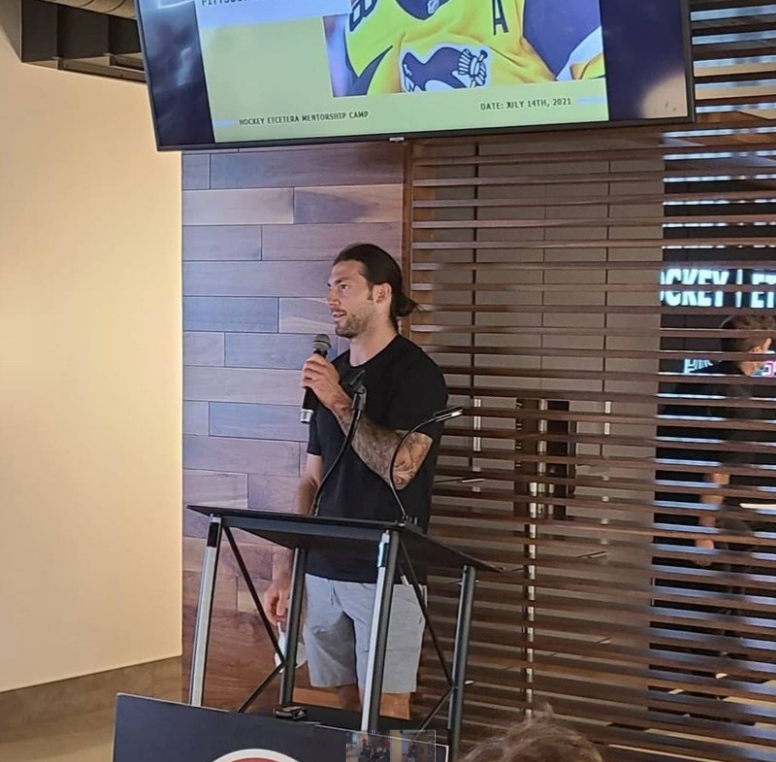 NHL agents will share what it takes to become an NHL Player & what scouts and agents look for in a player. 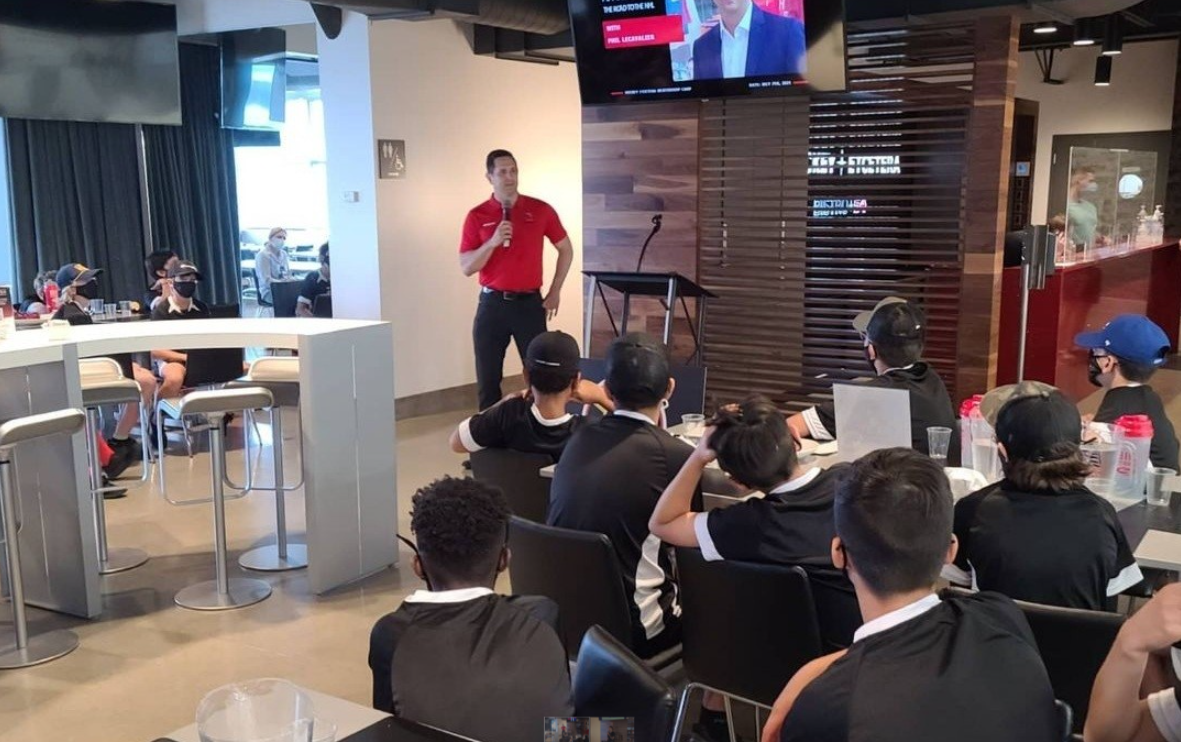 Friday will put improved skills into practice with a 3-on-3 tournament all day. Teams will play a 4-game round robin followed by playoffs. 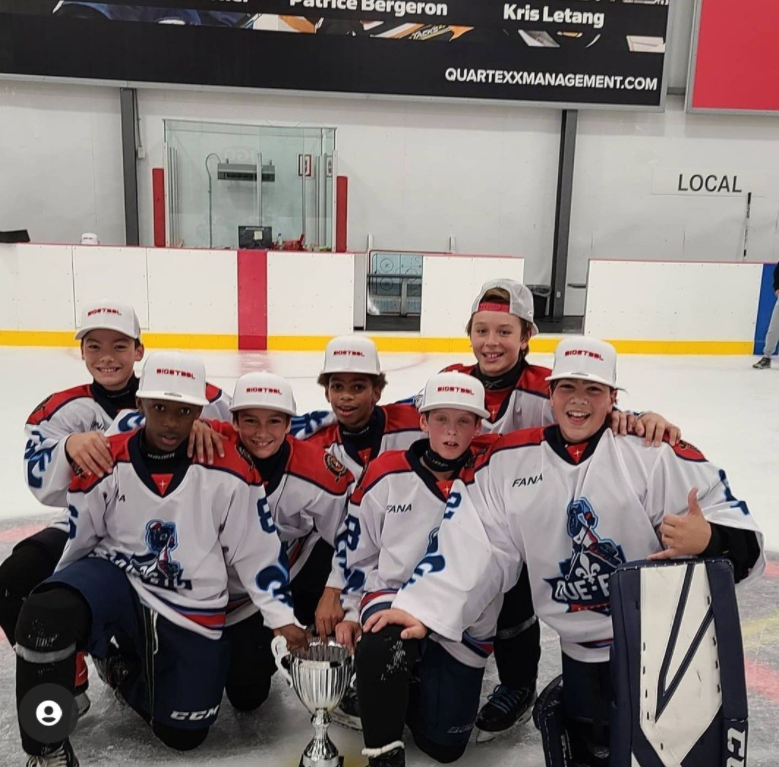 Lino Saputo is the owner of Hockey Etcetera. The award will be given to the player who embodies: a terrific work ethic, respect towards his teammates and coaches, encouragement of others and a positive attitude. In 2021, the recipients of the Lino Saputo Jr. Leadership Award received brand new skates and sticks. 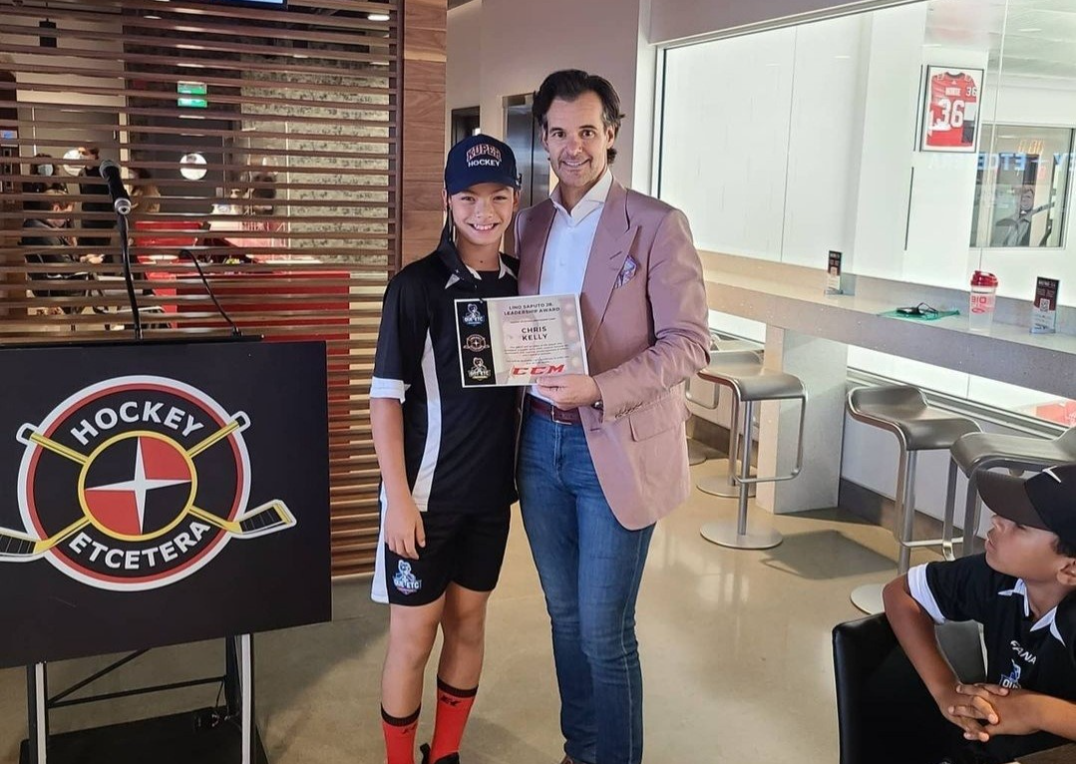 One of the winners of the Lino Saputo Jr. Award from Team Quebec 2009

The HOCKEY ETCETERA MENTORSHIP CAMP will surround players with the most resources and tools both on and off the ice to prepare them for the next steps in their hockey journey. This ELITE curriculum will give registered players the advantage over the competition. Top 2009 born players residing in ONTARIO consisting of 14 skaters and 2 goalies will be put through a world class intensive camp over 5 days.

What's Included With Your Registration 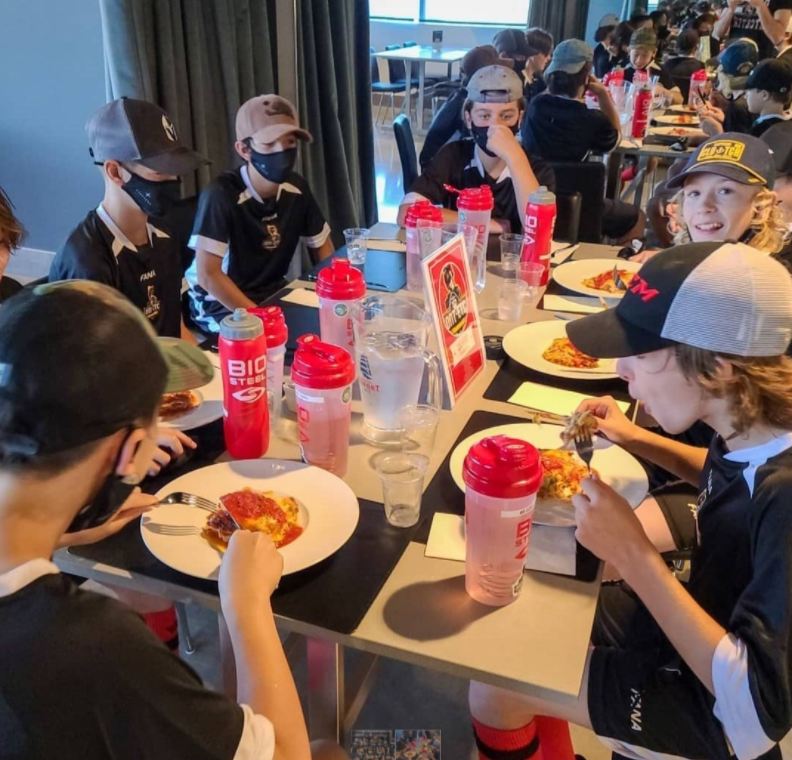 Nick Orlando, Director of Hockey Operations & Head Trainer
Nick has trained over dozens of current and former NHL players. He offers unrivaled hockey specific training in an explosive program designed to maximize potential for every player. His combination of skill and game situation drills enable elite players to push themselves to new levels. The execution, speed and skill that are required of these drills attract talented players from across Quebec minor ranks (draft eligible AAA, Prep School, USHL, Jr. A, QMJHL, CHL, NCAA) right up to the Pros (AHL, KHL and NHL).

Angelo Esposito, Player Development Specialist
Angelo was drafted in the 1st round by the Pittsburgh Penguins in 2007. He played in the ECHL, AHL and most recently in Europe. He competed for Team Quebec as a captain during his QMJHL rookie season in the 2006 World U-17 Hockey Challenge, capturing gold. Later that year, he also captained Team Canada’s U-18 squad at the 2006 Ivan Hilinka Memorial Tournament and won another gold. He made Team Canada’s World Junior Team in 2009 scoring 4 points in 6 games, including the game winning goal in the gold medal game, helping Team Canada to its record-tying fifth straight gold medal.

Francis Beauvillier, Player Development Specialist
Francis is a 2012 draft pick of the Florida Panthers. He was drafted 3rd overall in the QMJHL by the Lewiston Maineiacs. He also played for the Rimouski Oceanic, the Shawinigan Cataractes and the Rouyn-Noranda Huskies. Francis played at the University of New Brunswick for 3 years and won back-to-back National championships. Before playing in the Slovakia Pro League, he played with the Winnipeg Jets farm team, the AHL Manitoba Moose.

Brody Armstrong, Player Development Specialist
Brody has worked for over ten years as a hockey developer after finishing his playing career (Midget AAA, Junior AAA).  Along with his work with Hockey Etcetera, he has been a trainer for numerous minor hockey associations and programs in the West Island.  He has been a Head Coach for teams in the LHEQ, RSEQ and LHIQ; and was part of the coaching staff of the Gold-Medal winning Lac-St-Louis Team at the Jeux du Quebec in 2015.

Jim Corsi & Nathan Craze, Goalie Coaches
Jim Corsi is the current goaltending development coach of the Columbus Blue Jackets. He was also the goaltending coach for the Buffalo Sabres and the St. Louis Blues. Train with the guy that invented the "stat"...!!!

Nathan has been coaching for over 15 years working with goaltenders at all levels of hockey. His experience includes coaching professional hockey in Europe, Canadian Universities, Great Britain National Team program and working with a number of CHL, NCAA and professional goaltender individually. 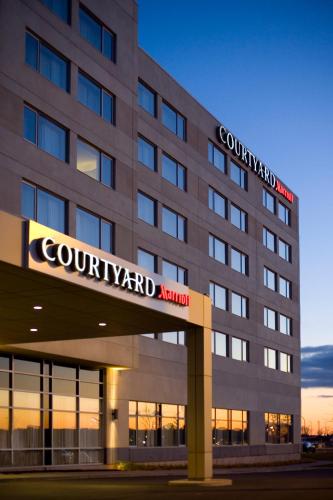 Players who attended in 2021 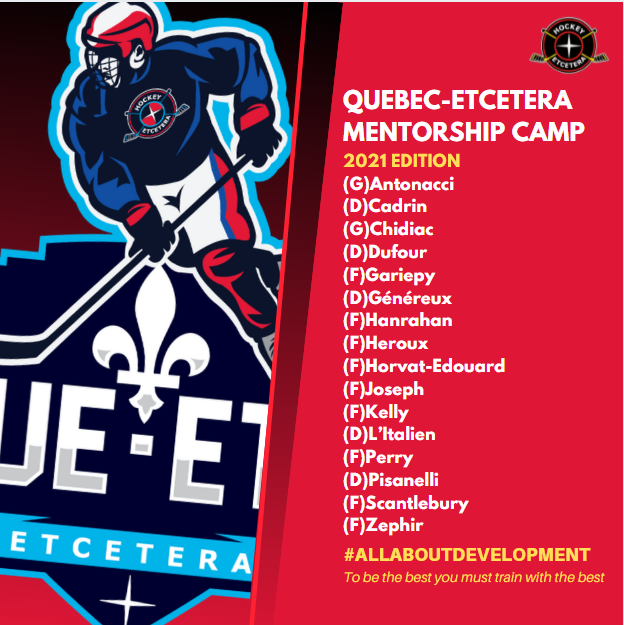 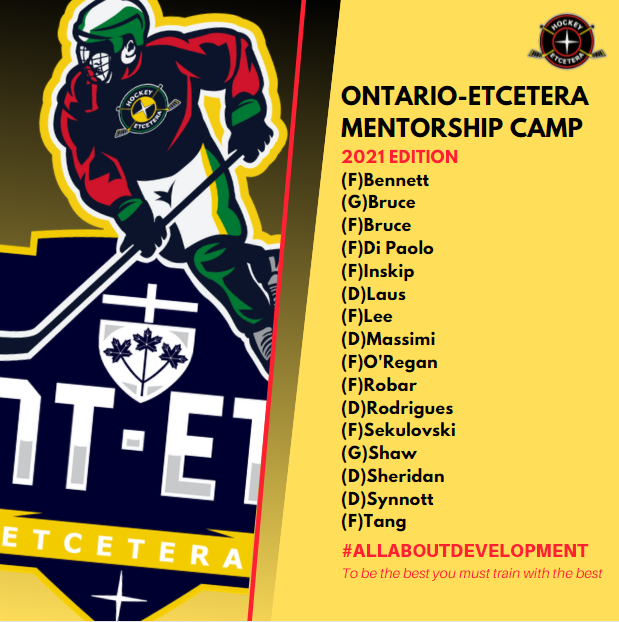 AFTER YOU HAVE BEEN INVITED, TO CONFIRM YOUR SPOT PLEASE EMAIL nick.orlando@groupetc.co the following information:

-What side does he shoot:

-Do you have any food allergies: 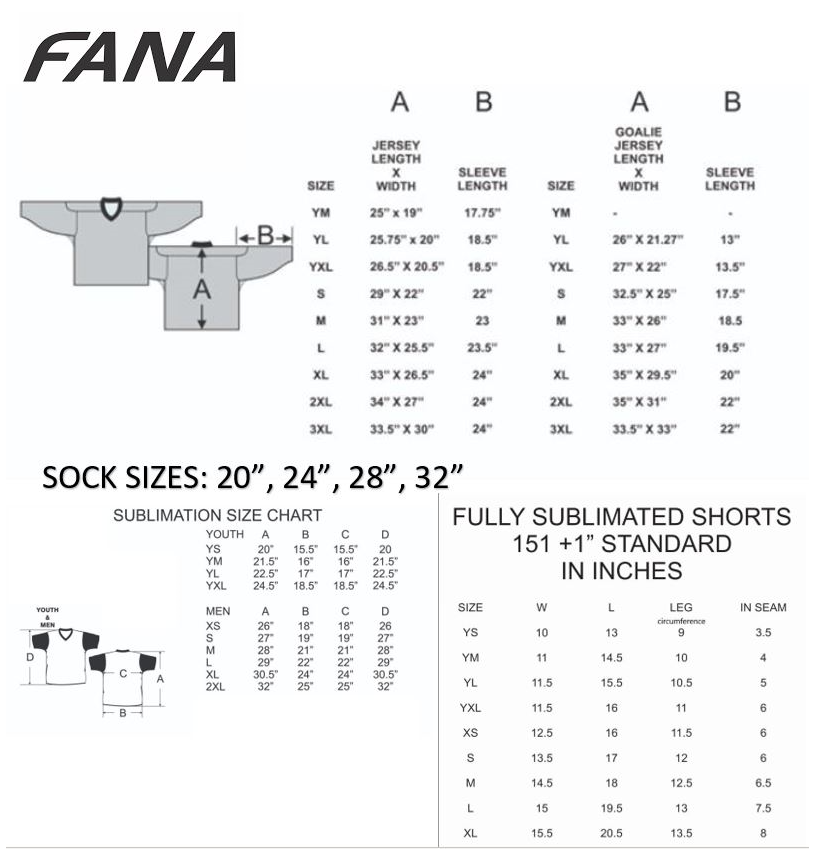 We offer Hockey Development Programs across the USA & Canada: